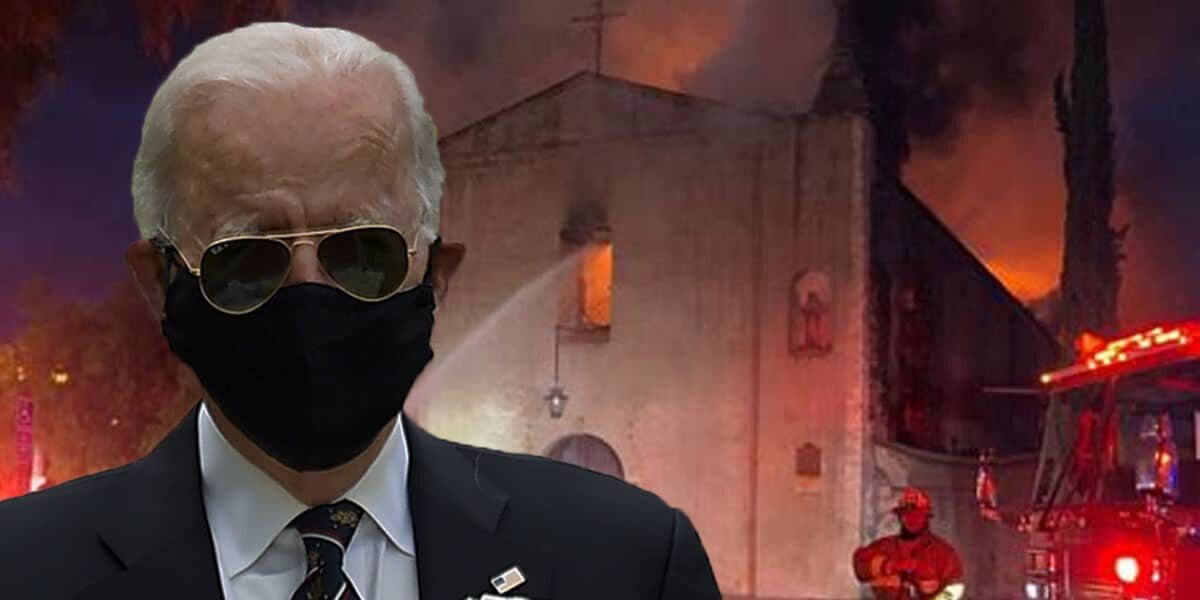 A new poll shows 83% of Catholic likely voters are concerned about attacks on churches in recent months.

And Joe Biden’s response to this issue?

He’s said literally nothing about the spate of leftist attacks on churches, or the damage and destruction to much of the Church’s heritage, an issue that bothers mightily the Catholic vote according to this poll.  The San Gabriel Mission fire, last July, for one, under investigation for arson, remains curiously unsolved, and numerous other attacks across the country, on statues, on religious edifices, and more, are continuing.