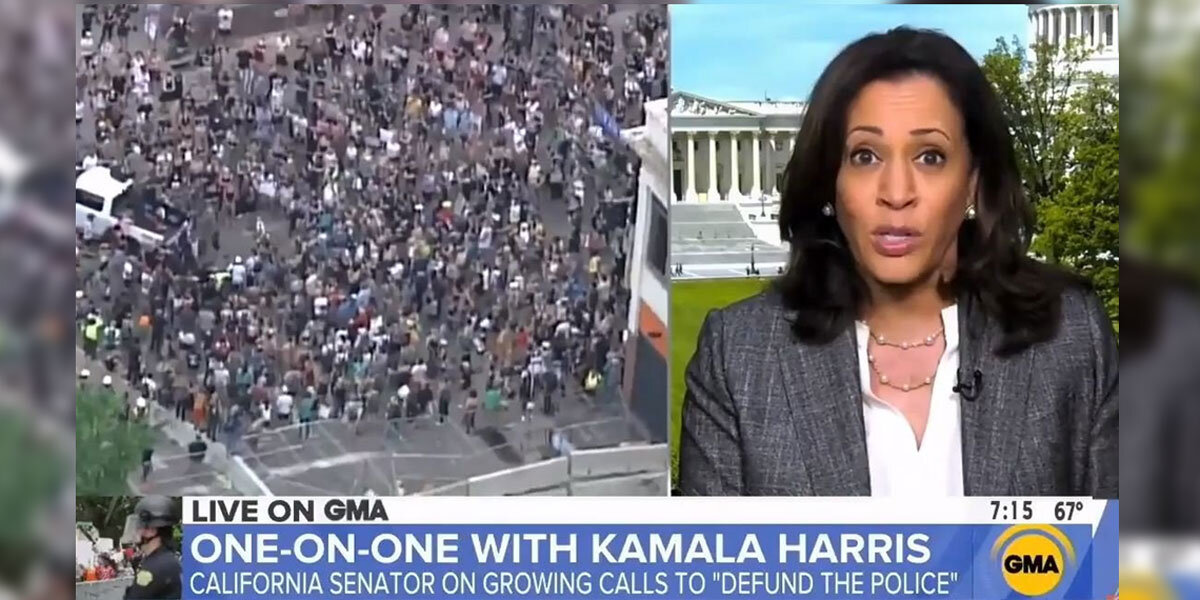 One of the few times she has answered questions was in an interview with the NAACP last week, when Harris praised the “brilliance” of the Black Lives Matter movement and its Marxist founders. She also said people should protest “peacefully.”

It was one of the few times that Harris has spoken out in any way against the violence that has swept through the streets of American cities over the past few months as Black Lives Matter protests led to looting, vandalism, arson, and attacks on police and journalists.

In fact, Harris did not speak out against the violence until the riots in Kenosha, Wisconsin, in August — when poll numbers began to turn against the Democratic ticket, who failed to mention the riots at their party convention.