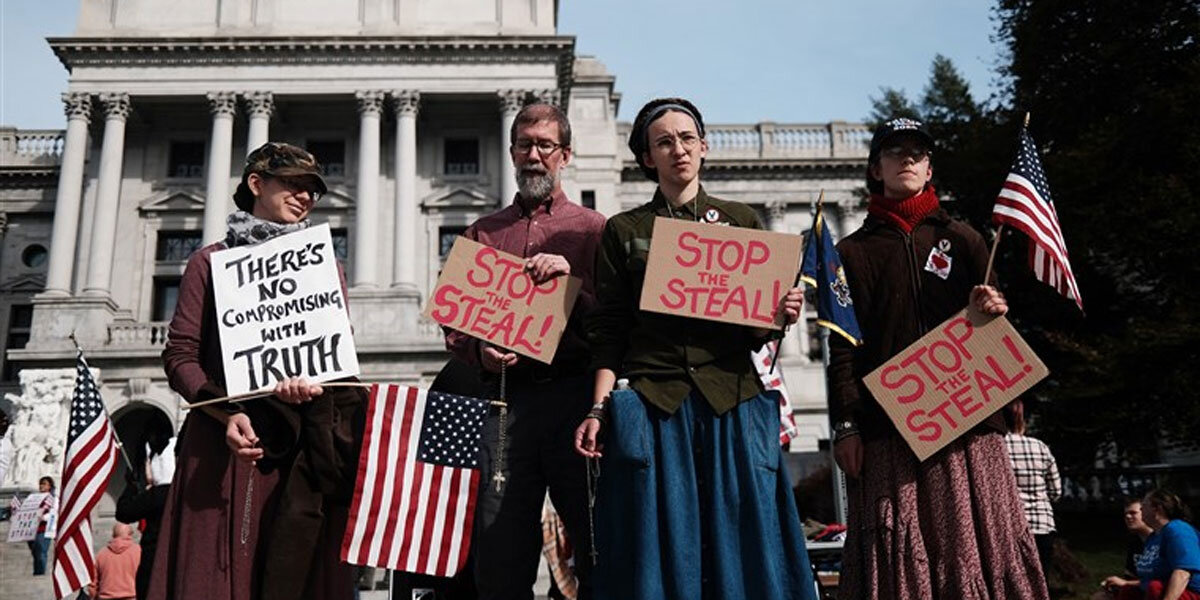 Philadelphia did in fact keep poll watchers out. The baloney propaganda that they were allowed in to do their job is, as the censors of Facebook might say, “partly false.”

This election is NOT over. And most certainly President Trump should not concede.

Quite clearly, once allowed into the polling place they were told they had to stand six feet away from the person doing the counting. (And only after a storm of complaints was the distance whittled down from over three times as far to six feet.) Plain old-fashioned common sense says there is no way in the world anyone can thoroughly examine a ballot from six feet away. The poll watchers should have been masked and seated at the same table as the counter. If no social distancing is OK for social justice protests and election celebrations, then no social distancing is most certainly OK for poll watchers.

In other words, what we have witnessed in Philadelphia is nothing short of a brazen theft of an election — right in front of our eyes.