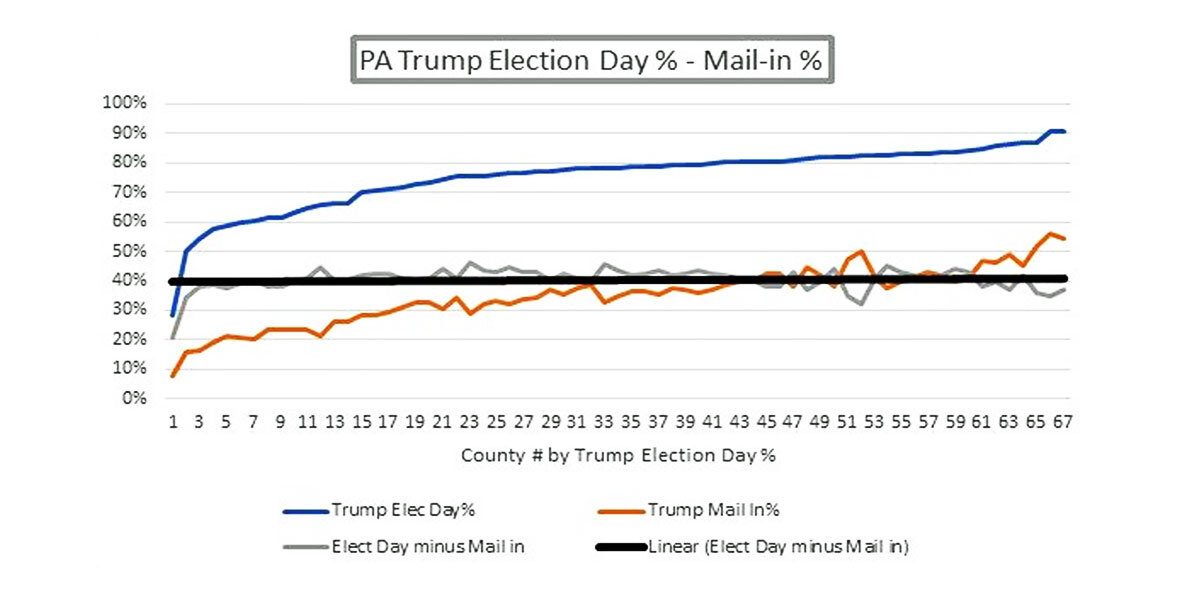 On election night, President Trump ran away with the win in Pennsylvania. He was ahead of Joe Biden by nearly 700,000 votes – an insurmountable lead!

What happened next was corrupt and criminal as the Democrats went about to steal Pennsylvania for Biden. They took a Trump landslide and they criminally flipped it to Joe Biden.

The state also allowed votes to come in for three days after the election. Of course, these were all mail-in ballots. We do not know how many mail-in votes came in during these three days. The Republicans were NOT allowed to observe the counting of these votes even though a court order was in place demanding that the state so. These actions go against Pennsylvania’s constitution which state that the voting process is to be determined by the legislature. The change in ruling was implemented by the executive and judicial branches. This is an important issue with the Trump campaign in their complaints against the state as they try to undo the injustices in Pennsylvania.

How could the President receive only one fifth of the mail in ballots after crushing Biden in in-person voting on Election Day? The answer is: this is basically impossible. And here’s why.

When we looked at the statistics, we identified a pattern that is virtually mathematically impossible. The President won two thirds of the Election Day vote. But with the basic exception of Philadelphia, the President won around 80% of the vote in each county in the state. (See the blue line in basic the chart above showing the percent of election day votes won by President Trump).

Philadelphia is so large that it offsets these numbers and brings the President’s results down to around 65% of the state’s votes on Election Day.