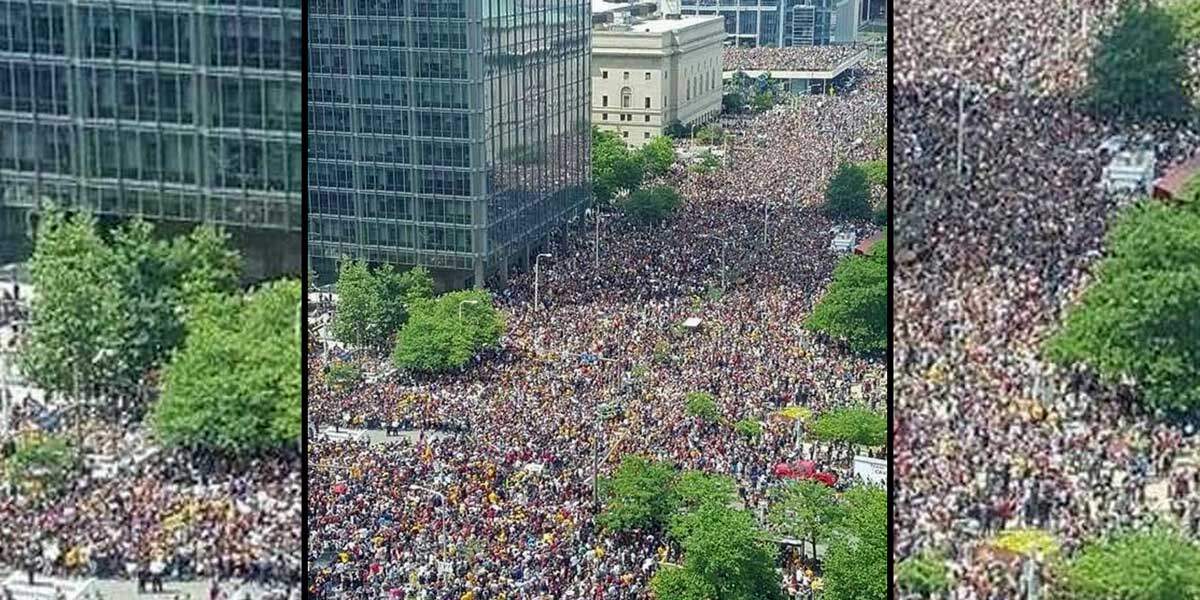 Throngs of people converged at Freedom Plaza in Washington on Saturday, joining other rallies around the country to show support for President Donald Trump and ask for fairness in the election process.

AMAZING! Can hear you all from the West Wing Colonnade. A beautiful day in Washington, D.C. THANK YOU, PATRIOTS!! #MAGA🇺🇸🦅 pic.twitter.com/RJJ8bvYlfr

Marching towards the Supreme Court, participants held signs that read “Stop the Steal,” “Make America Fair Again,” and “Trump 2020.” Before the start of the march, the crowd heard speeches from prominent Trump supporters including Rep. Louie Gohmert (R-Texas), My Pillow founder Mike Lindell, and several other activists.

Freedom Plaza and other parts of central D.C. seemed heavily crowded. Ed Martin, one of the event co-organizers, said he estimates 500 thousand people took part, though he says some media are falsely claiming only a few hundred participated.