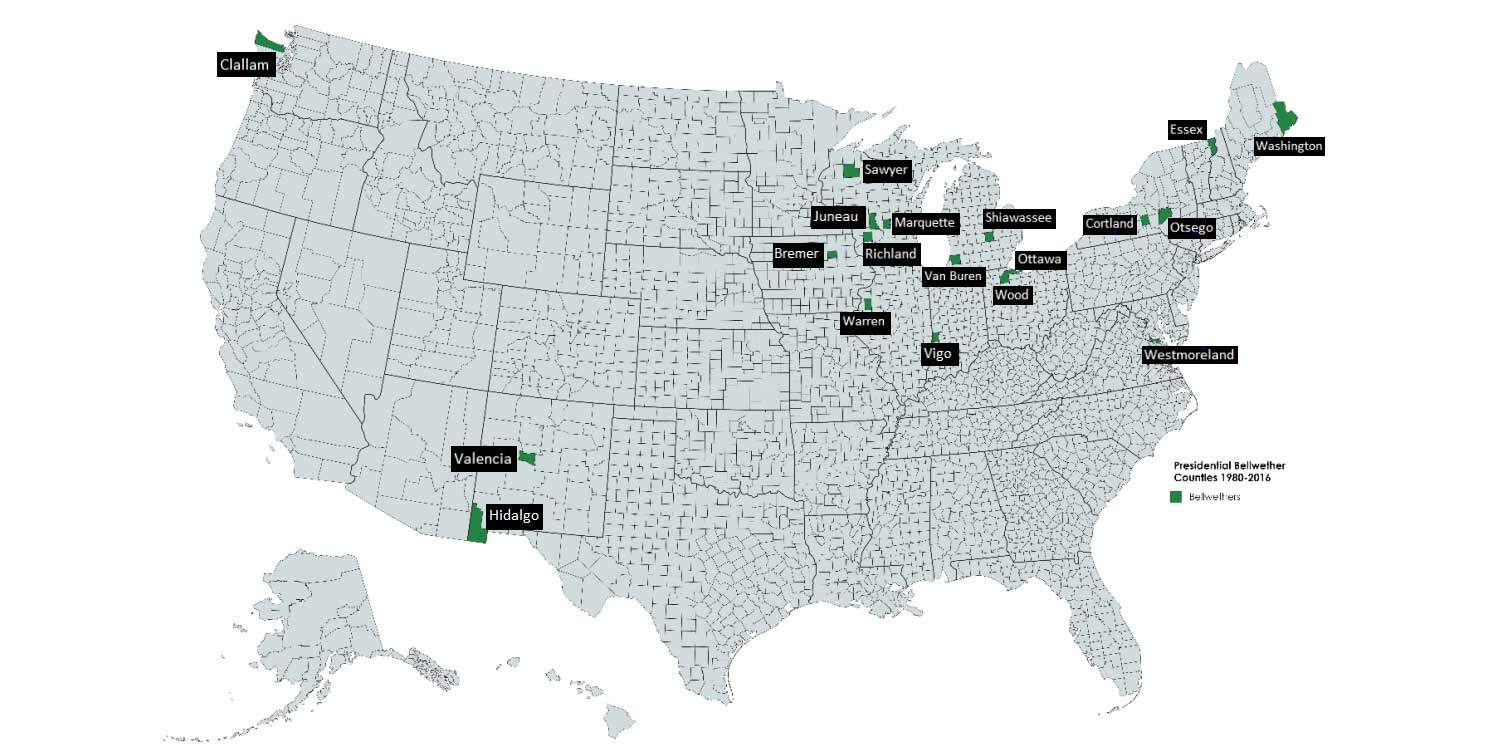 Over the past nearly 40 years, presidential elections have observed an intriguing phenomenon: 19 counties in the nation have always voted for the winner, be it Republican or Democrat (see full size map). They’ve been dubbed “bellwether counties” and until this year, no president since at least Ronald Reagan has missed even one.

In 2020, all but one of the bellwethers picked President Donald Trump by a margin of some 16 points on average. Only one, Clallam County in Washington, went for former Vice President Joe Biden and only by about a 3 point margin.

Yet unofficial vote counts now show Biden in the lead and with enough electoral votes to claim the presidency. Trump is challenging the results in several states, alleging fraud, voter suppression, and illegal restrictions on Republican poll watchers. Two states have announced recounts.

Bellwethers aren’t a crystal ball—their streak was expected to end sooner or later. But what would be striking is for it to end so radically.