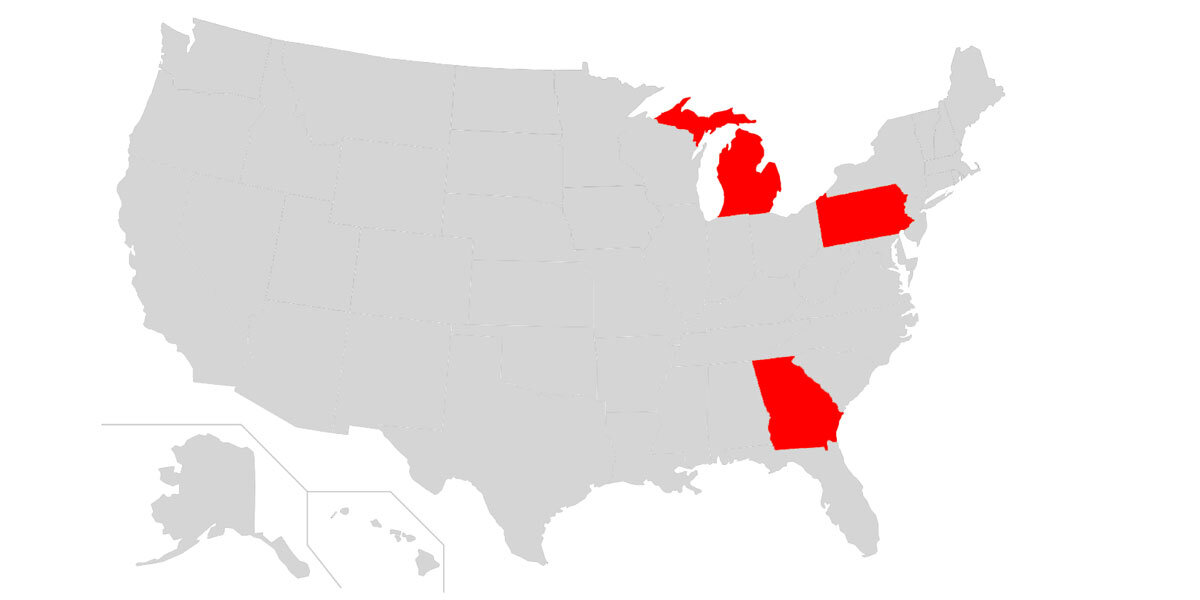 Will the GOP legislatures of GA, PA, and MI have the courage to end this travesty?

It could hardly be more obvious that the Democrats approached the 2020 election willing to do anything, from illegally altering state election laws to committing brazen ballot fraud, in the cause of defeating President Trump. It’s equally clear that the “news” media are abetting this travesty by studiously ignoring credible evidence while anointing Joe Biden “President-elect.” This corrupt contingency is precisely why the framers created the Electoral College. No one becomes “president-elect” until the members of that body meet in their respective states to cast their ballots. Who selects the electors? The Constitution unambiguously reserves the power and the method by which these appointees are chosen to state legislatures in Article II, Section I:

Each State shall appoint, in such Manner as the Legislature thereof may direct, a Number of Electors, equal to the whole Number of Senators and Representatives to which the State may be entitled in the Congress.

Note that this clause omits any mention of officials not belonging to the legislatures. Nor does it mention courts. Moreover, the electors aren’t required to cast their ballots according to the outcome of the popular vote. To make sense of this, it must be remembered that these appointees aren’t chosen like juries. In most states, each political party selects a slate of electors from a pool of its activists. When the voters cast ballots in the general election, they are voting for the people listed on those party slates. If a majority of a state’s popular vote goes to the Republican ticket, the GOP slate of electors is certified and they elect the president on the Monday after the second Wednesday in December.