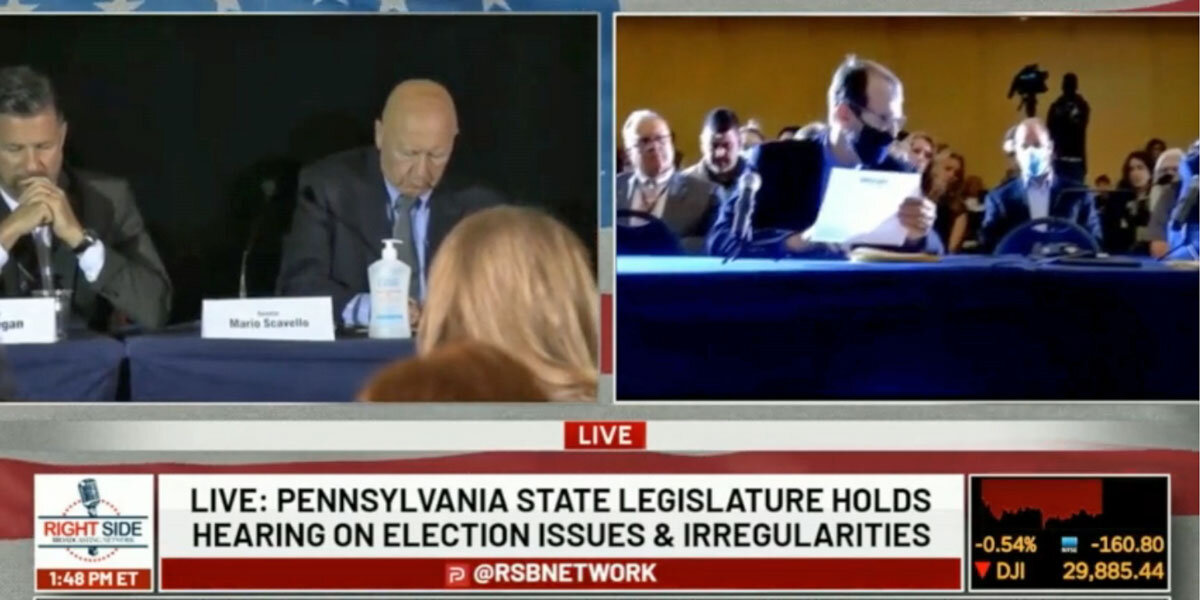 On Wednesday a witness described the huge “spikes” in Pennsylvania during the hearing and the crowd gasped.

“Normally you would see a smooth curve going up, not any big spikes…that’s what [the other witness] was talking about, the anomalies of loading and uploading those votes so that big spike that occurs there is a prime indicator of fraudulent voting,” the witness said.

“When you look at this curve with all of these spikes, can you calculate how much of a vote that accounted for Biden and how much for Trump?” Giuliani said.

“And how much for Trump?”