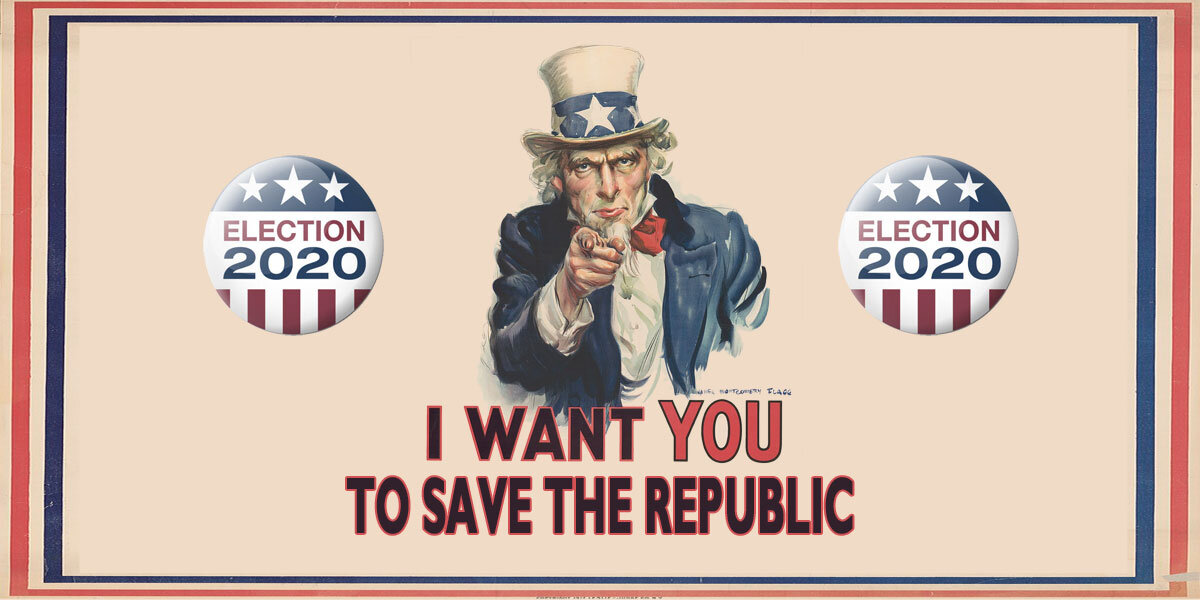 Since the November election, a ferocious spiritual battle has been waging between darkness and light, between truth and lies, and between the forces of good and the forces of evil.

The fake media are broadcasting propaganda 24×7, trying to convince us that there was no voter fraud, and even if there were, there is nothing they can do about it.  Both of those messages are lies. Even Harvard Law Professor Alan Dershowitz admits President Trump still has legal, constitutional paths to be re-elected.

It is no surprise there was massive voter fraud.  For the first time in our history, a huge share of voters used mail-in voting — a type of expansion of absentee balloting that can be corrupted in a dozen ways. Even former democrat President Jimmy Carter said in 2005  that “Absentee ballots remain the largest source of potential voter fraud.”  Statistical abnormalities in how the votes were counted by computer are obvious to all, but still Democrats want to shut down the investigation into fraud.  No wonder a Politico survey (11/9/20) found that, “70 percent of Republicans now say they don’t believe the 2020 election was free and fair.”

Fortunately, in our Constitutional system, it is not the media who picks the president-elect, or Governors, or Big City Mayors, or Secretaries of State — but electors, and those electors are “appointed” by State Legislatures.  To be sure, normally it is the electors supporting the candidate for President who wins the popular vote who select our President. But when there is massive voter fraud, the state legislatures can step in and pick electors supporting the candidate they are convinced actually won the election.  This system was designed for just such a time as this.

In Federalist No. 68, Alexander Hamilton warned that there would be domestic “cabal, intrigue, and corruption” and “foreign powers” that would try to influence the selection of our President.  For that reason,they built protections into the Constitution in Article II, Section 1 which vests in state legislatures the power to “appoint” electors if they found fraud and abuse.

A nearly 120-year-old Supreme Court decision held that, “The appointment of these electors is thus placed absolutely and wholly with the legislatures of the several states. … and cannot be taken from them or modified by their state constitutions . . . .  there is no doubt of the right of the legislature to resume the power at any time, for it can neither be taken away nor abdicated.” McPherson v. Blacker (1892).

If State legislators who represent legal citizens have any serious concerns about the election process or results, the “Elector’s Clause” as specified in 3 U.S.C. § 2 provides that when a state “has failed to make a choice on the day prescribed by law, the electors may be appointed on a subsequent day in such a manner as the legislature of such State may direct.”

The enemy understands the power of state legislators — which is why the leftist Michigan Attorney General has threatened state lawmakers with criminal prosecution for simply meeting with President Trump to discuss the recent election. If President Trump loses from election fraud, we could all fall victim to such lawless Democrat officials!

It is now our historic duty and responsibility to join the battle. Remember, it is always darkest before the dawn.

This is not hopeless battle.  Amazingly, both houses of the state legislature in the key contested states — Arizona, Georgia, Michigan, Pennsylvania and Wisconsin — are all controlled by Republicans.  Soon we will find out if those Republican legislators will investigate claims of fraud and take action and prove they are the principled conservatives they promised to be, or controlled, establishment RINOs.

The First Amendment states, “Congress shall make no law … abridging the freedom of speech… or the right of the people … to petition the Government for redress of grievances.”  REGARDLESS of which state we live in, we must contact these legislators because their actions or inactions will affect the liberties and well-being of everyone in every state.

The role of the grass roots is critical!  Here’s how you can help!

State legislators who would allow an erroneous certification of Electors to be sent to Congress, become co-conspirators in committing election fraud.

Please send the  message below (or one of your own) to Republican legislators in the following states: Arizona, Georgia, Michigan, Pennsylvania and Wisconsin. Whether or not you live in those states, their decision will affect the outcome of the election for President for the entire United States.

I urge you to please examine the election process to determine whether only legal votes were included in the final vote tabulations for the 2020 presidential election. The US Supreme Court in Bush v. Gore (2000) ruled that only the legislature, not executive agencies or state courts, may change election law. I am concerned that due process rights may have been denied to credentialed Republicans who tried to accurately monitor vote counts. Only procedures established in state law as passed by the state legislature can determine the legal criteria for valid absentee ballots, eligibility to vote, and due process. Voters can have no confidence in an election outcome if these legal procedures were not followed. Here is a legal analysis on these points which you can download https://www.westernjournal.com/twj-exclusive-viral-memo-changing-trump-legal-strategy/. If you find that the vote counts prepared by state agencies do not reflect an accurate count of LEGAL VOTES ONLY, Article 2, Section 1 of the Constitution and Amendment 12 grants you the authority and duty to submit a list of Presidential Electors that reflects the wishes of the LEGAL VOTERS of your state. State legislators who would allow an erroneous certification of Electors to be sent to Congress, become co-conspirators in committing election fraud. Please confirm that you intend to exercise your duty to uphold and defend the Constitution at this critical time in history. Thank you.

We have divided-up the targeted lawmakers into 5 separate batches of emails of less than 100 addresses each (the limit typically set by most email providers).  To send your message, simply click on a batch number below, sign your email and press send.  Do this for each of the five batches. Thanks for doing your part to help save the integrity of our elections. (NOTE: If you are using Outlook, you must first enable using a comma as a delimiter – see instructions here.  If you experience difficulty sending emails using the batch links below, you can click here to access the full list of GOP lawmakers and and compose your own email messages using the text provided above).