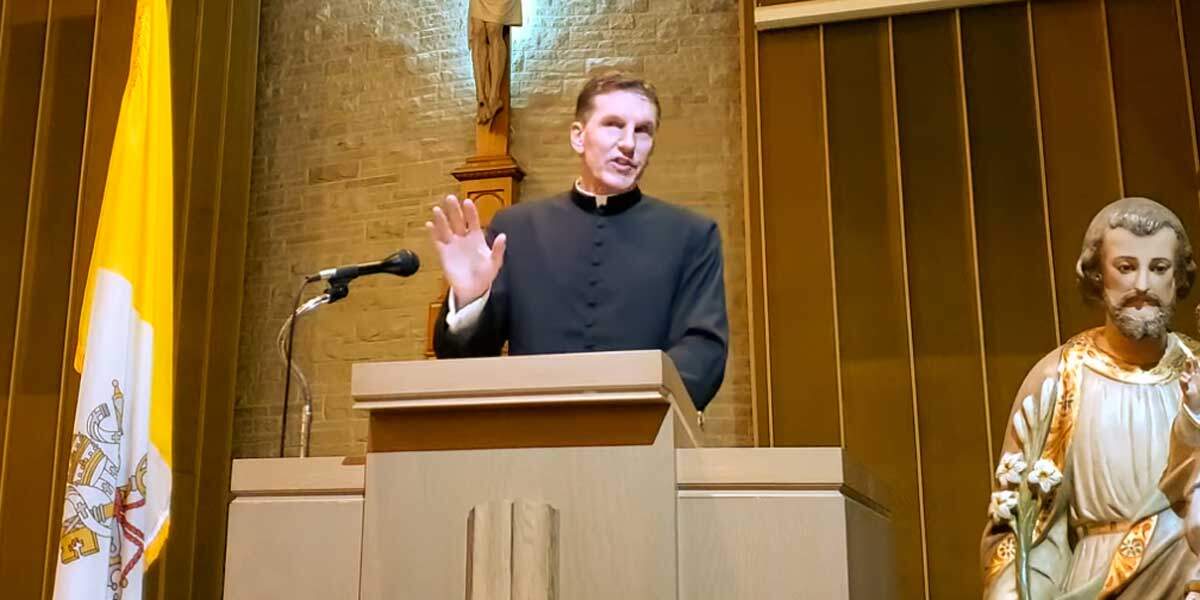 In a homily shortly after the 2020 election, Fr. James Altman of La Crosse, Wisconsin, criticized the “godlessness of the Democrats” and urged people of faith to never give up.

He also had some harsh words for the U.S. Conference of Catholic Bishops, which released a statement congratulating Joe Biden on his declared victory and calling him “the second United States president to profess the Catholic faith.”

“Here’s a memo to the USCCB: Biden does not profess the Catholic faith. Period,” said Altman, calling the USCCB statement a “betrayal.”