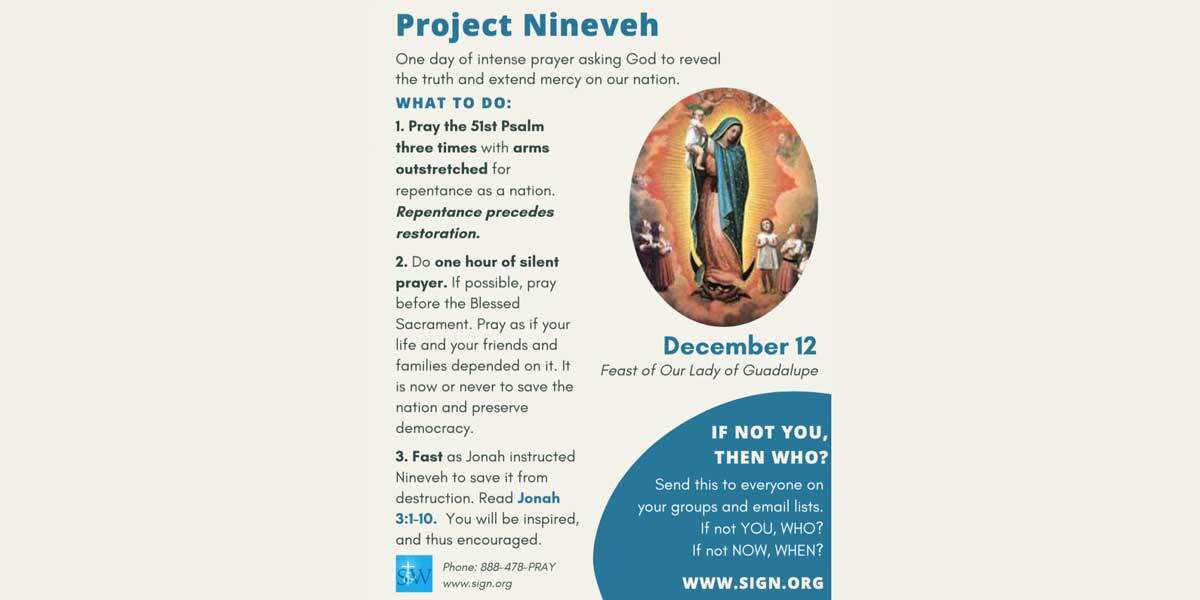 America is now faced with a very serious crisis. It can be argued it is as serious when General George Washington was hours away from defeat in Delaware with a country giving birth. Washington’s army of farmers and patriots in the Continental Army in Delaware, were literally freezing to death, near starvation, out manned, and demoralized when a plan was devised to cross the Delaware on December 25, 1776. By putting cloth in oar locks to deaden the sound for a surprise attack upon the British, they attacked in stealth and won. It worked and a nation was born. It is the small things behind the scenes that make the destiny of a nation.

America now faces an enemy from within. Instead of having British rule as a consequence from loss, we are faced with a communist agenda, if this battle is lost for the presidency. There are times to dig in, and we are in that fight this very day. It is literally —NOW OR NEVER. We have a plan to turn this around making a fervent petition to the Lord. It is simple and must be done.

We know when Jonah walked through Nineveh asking the people to repent or face dire consequences, they did put on sack cloth and ashes (Jonah 3: 1-10). They also fasted. Nineveh was saved due to repentance. Sodom did not repent from sin and faced destruction. This is our choice today. It is that serious. It is one or the other – Now. SODOM OR NINEVEH.

The plan is simple. Pray the 51st Psalm on December 12. It is a Saturday. Pray the 51st Psalm with arms outstretched three times which is identical to the Hour of Grace on December 8th. It is a Psalm of repentance to allow Restoration. December 8th is the Feast of the Immaculate Conception. We give Satan the Twin Barrels honoring both days.
Do one hour of silence wherever you are. Location is not important, nor is the time of the day. If you can find a Tabernacle for Adoration, bring your bible.

Fast as Jonah instructed Nineveh to save it from destruction. Read Jonah 3:1-10. You will be inspired, and thus encouraged. 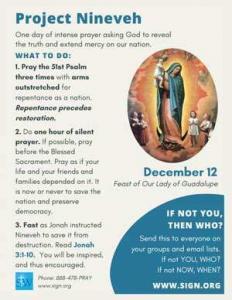