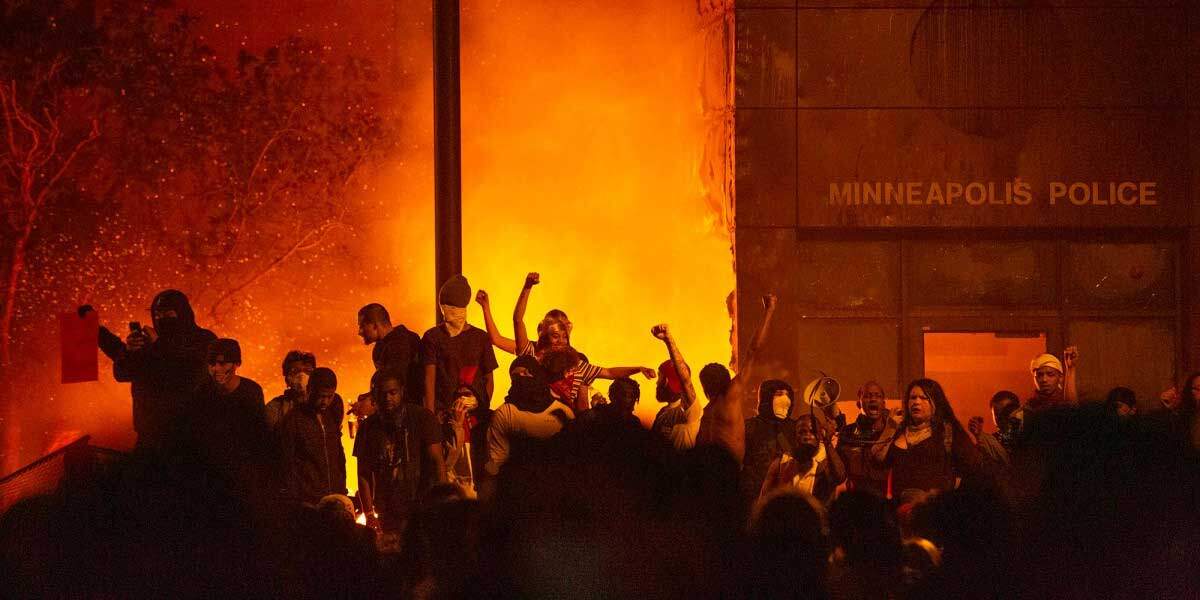 Why can’t we seem to make any progress in prosecuting the fraudulent 2020 election?  It’s certainly not for the lack of evidence.  Peter Navarro clearly lays-out the case of election irregularities in his blistering 36-page report entitled the Immaculate Deception.

No, the real reason American patriots are being denied access to justice is FEAR.  Government officials are afraid of how groups like Antifa and Black Lives Matter (hereafter referred to as ‘The Mob’) will respond if they honestly adjudicate the facts and conclude this election was rigged.

Looking back at the riots this summer, they may have good reason.  The Mob was responsible for millions of dollars in property damage and the deaths of dozens of people, including police officers.  The threat of The Mob being ‘reactivate’ in response to a Trump victory is preventing most public officials to stay far away from fairly evaluating of the evidence.

A former Wisconsin judge admitted as much when he recently told lawmakers that he believes intimidation by the Left has prevented lawyers and judges from accepting and hearing election fraud cases.

We also have a report of Justice John Roberts  excoriating other justices about the potential of hearing the Texas election lawsuit:

Are you going to be responsible for the rioting if we hear this case? Don’t tell me about Bush v. Gore, we weren’t dealing with riots then.

The Court has responded claiming the report was false, but it does not change they refused to hear the Texas case.

Government officials are failing the American people.  And things will not change until such time that American patriots rise-up and challenge these officials to do the right thing.  These officials need to fear the patriots more than The Mob.

This doesn’t mean we need to adopt the same criminal tactics of The Mob.  But it does mean we need to SHOW-UP and become much more engaged in getting in the faces of our government officials and demanding justice.

J. Robert Smith points-out in his recent column entitled “What Can We Do?”:

Henry David Thoreau advocated civil disobedience as a noble means of refusal. It is an act of conscience in which each of us must first decide to act according to our principles and beliefs even if it leads to clashes with governments… even if doing so comes with prices to us.  Often, where there are no sacrifices, there are no gains.

If people are fearful now, just wait until they build the concentration camps. Today there are more American Patriots than there are members of The Mob.  We simply need to have the same level of commitment to keeping America’s elections fair and free.  Our future depends on it.