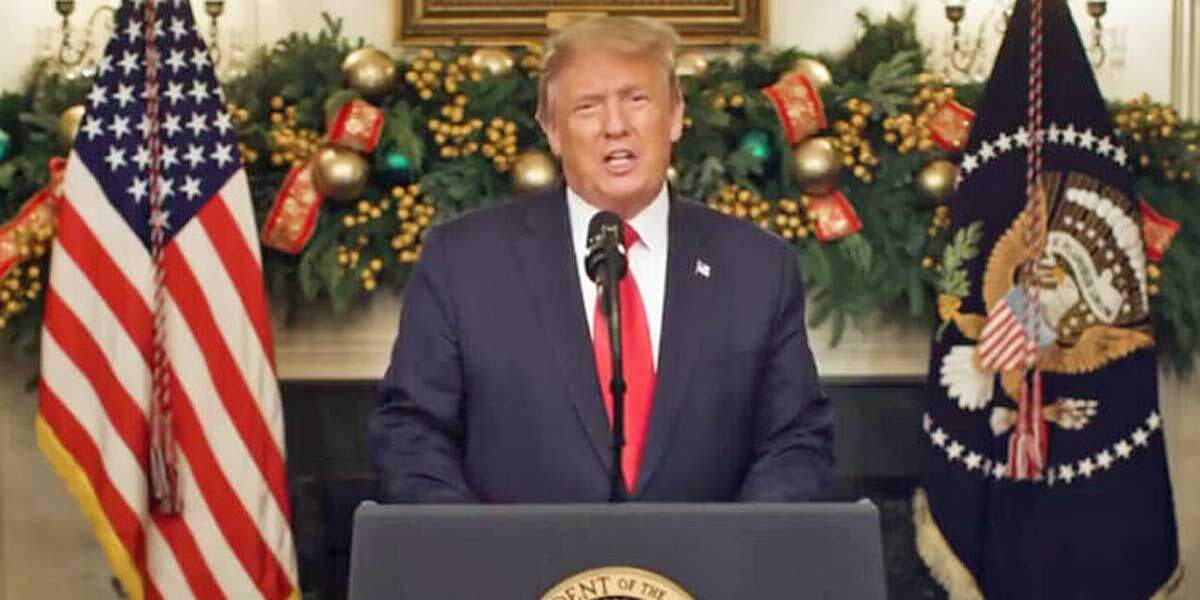 President Donald Trump in a message to the nation late Tuesday sought to explain why he is determined to pursue all legal and constitutional avenues to “stop the theft of the presidential election,” and called on the American people to “raise their voices” and demand to correct the injustice.

“Americans must be able to have complete faith in the confidence of their elections. The fate of our democracy depends upon it,” he said in a video statement. “Now is the time for the American people to raise their voices and demand that this injustice be immediately corrected. Our elections must be fair, they must be honest, they must be transparent, and they must be 100 percent free of fraud.

“We won this election by a magnificent landslide, and the people of the United States know it. All over, they’re demonstrating, they’re angry, they’re fearful. We cannot allow a completely fraudulent election to stand.”