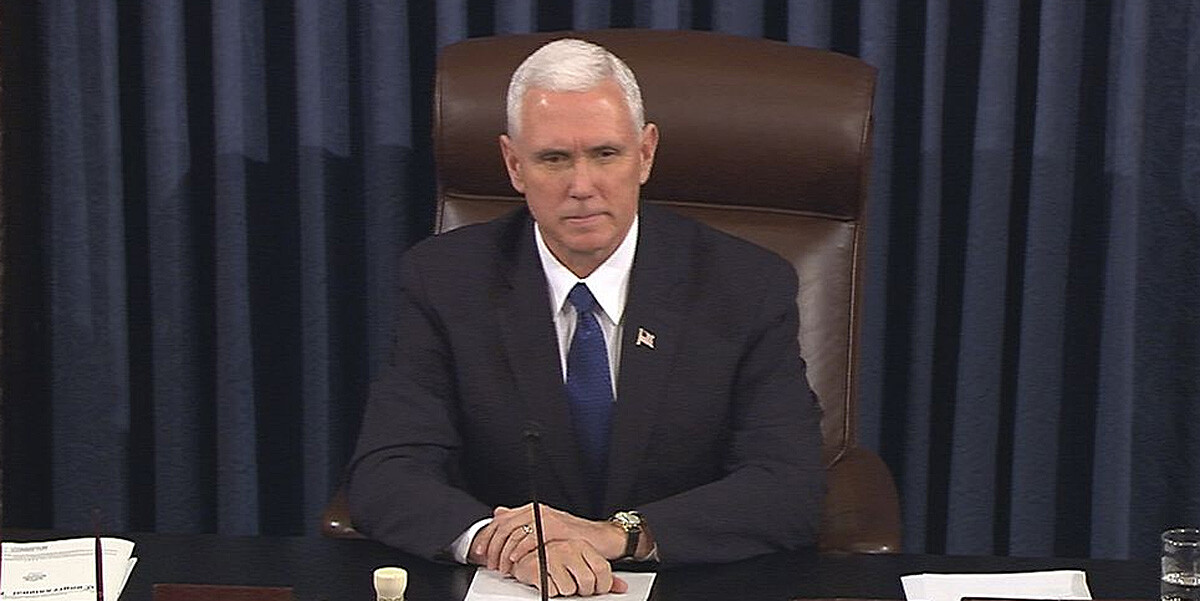 On January 6, a joint session of Congress will open with Vice President Pence presiding as president of the Senate. His power will be plenary and unappealable. You heard that right. As president of the Senate, every objection comes directly to him, and he can rule any objection “out of order” or “denied.” His task will be to fulfill his oath of office to protect and defend the Constitution of the United States and to ensure that the laws be faithfully executed. This is a high standard of performance, and V.P. Pence will have two choices. He can roll over on “certified” electors, or he can uphold the law.

Article II, Section 1 of the Constitution gives state legislatures “plenary authority” as enunciated in Bush v. Gore. This is key, since the counting of votes is discussed in Article II, the 12th Amendment, and 3 USC 15. To this we must add the history of counting and objections recounted by Alexander Macris (here and here). Put bluntly, it’s as clear as mud. Add to that the fact that the contested states of Arizona, Georgia, Michigan, New Mexico, Nevada, Pennsylvania, and Wisconsin have sent dueling slates of electors to D.C. This means that the V.P. has to decide how he will handle the situation when two sealed envelopes are handed to him from any of those states.

Macris points out that in 1800, even with constitutional deficiencies in Georgia, Thomas Jefferson blithely counted defective electoral votes from Georgia, effectively voting himself into the presidency. This demonstrates that the president of the Senate is the final authority on any motions or objections during the vote-counting. There is no appeal. That doesn’t mean there won’t be any outrage. Whatever Pence does, people will be angry. But what does the law demand?

Seven contested states clearly violated their own laws. Rather than list the facts, which have been detailed in multiple articles, we must consider the following:

An election is a process of counting votes for candidates. Only valid, lawful votes may be counted. A valid lawful vote is:

Any process that does not follow these rules is not an election. Anything that proceeds from it cannot be regarded as having any lawful import.