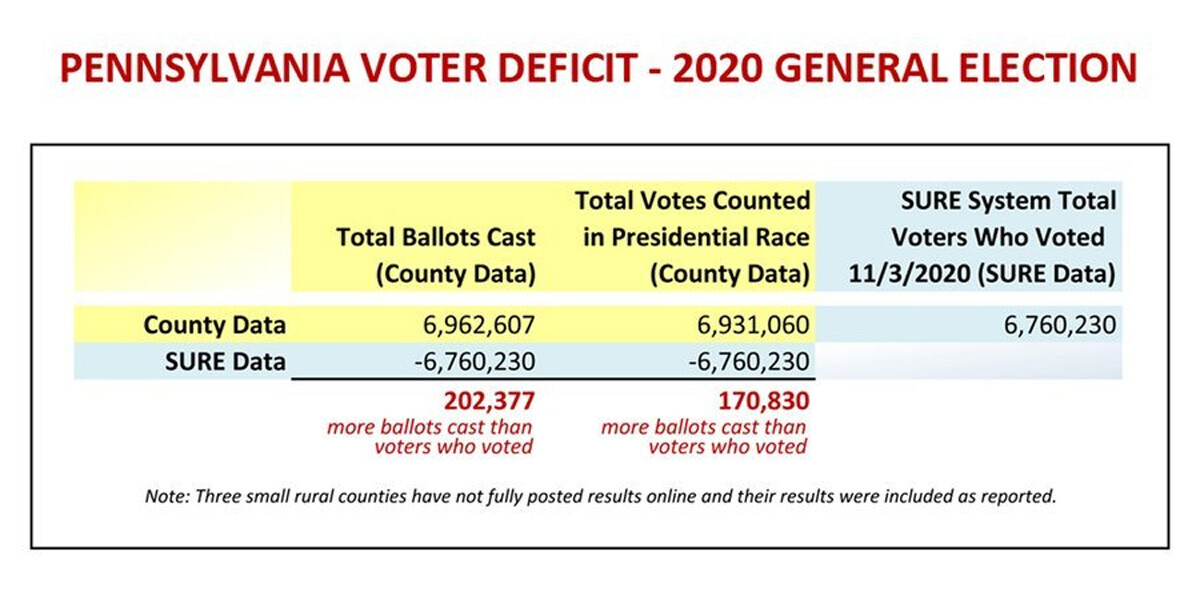 A group of state lawmakers performing extensive analysis of election data today revealed troubling discrepancies between the numbers of total votes counted and total number of voters who voted in the 2020 General Election, and as a result are questioning how the results of the presidential election could possibly have been certified by Secretary of the Commonwealth Kathy Boockvar and Governor Tom Wolf. These findings are in addition to prior concerns regarding actions by the Supreme Court of Pennsylvania, the Secretary, and others impacting the conduct of the election.

A comparison of official county election results to the total number of voters who voted on November 3, 2020 as recorded by the Department of State shows that 6,962,607 total ballots were reported as being cast, while DoS/SURE system records indicate that only 6,760,230 total voters actually voted. Among the 6,962,607 total ballots cast, 6,931,060 total votes were counted in the presidential race, including all three candidates on the ballot and write-in candidates.