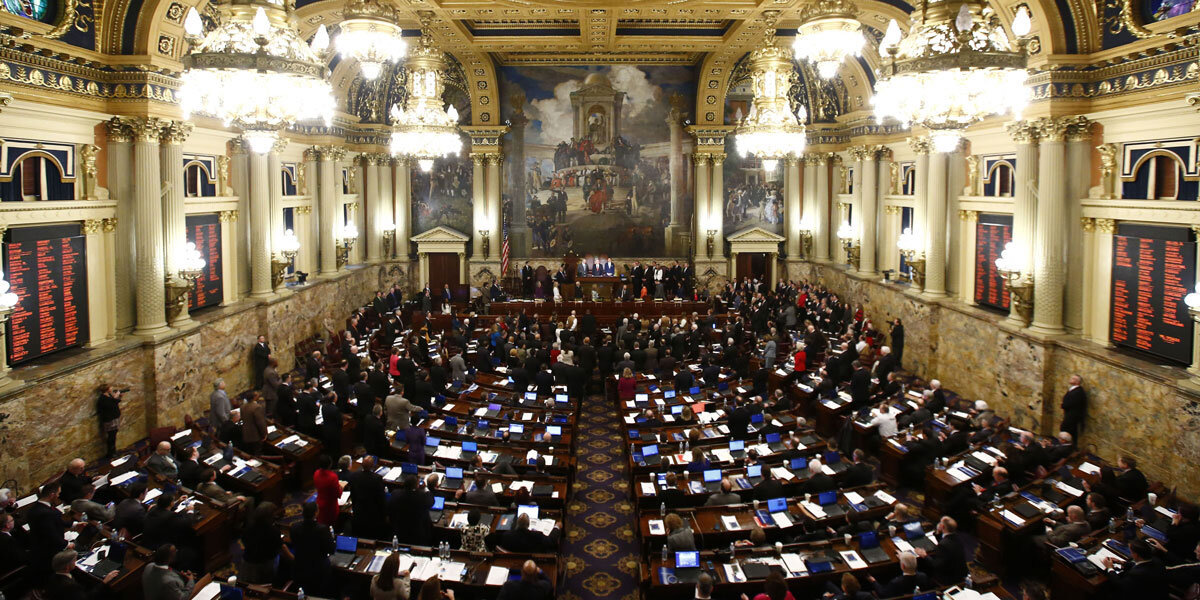 A group of 21 state GOP senators from Pennsylvania called on Republican leaders of the U.S. House and Senate to delay certification of the Electoral College votes until a legal battle mounted by President Donald Trump against the Pennsylvania secretary of state is heard in court.

Republican senators, in a letter to Senate Republican leader Mitch McConnell (R-Ky.) and House Republican Leader Kevin McCarthy (R-Calif.), said that they believe the election results in Pennsylvania should not have been certified by Pennsylvania Secretary of State Kathy Boockvar. 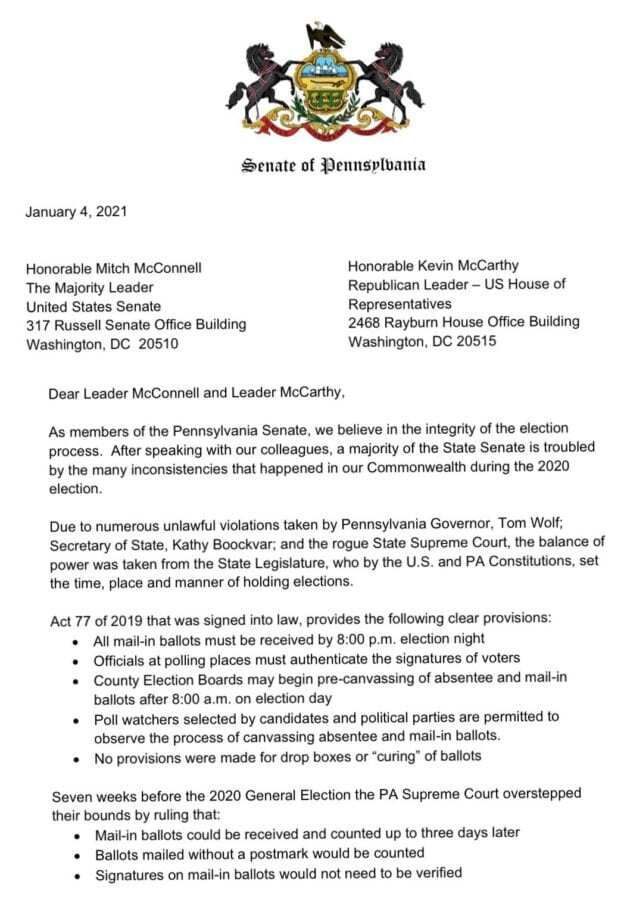