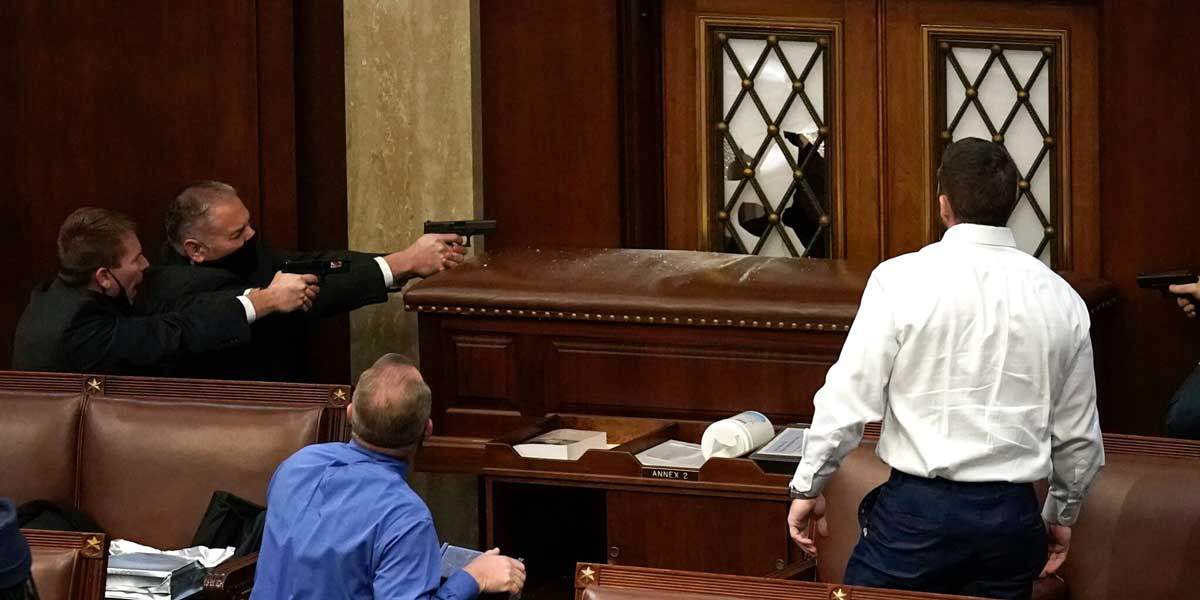 Police officers drew their guns inside the House chamber on Wednesday after protesters broke into the Capitol building and thousands swarmed the steps outside. Images from the scene showed at least two officers aiming their guns toward the doors of the chamber, which appeared to be barricaded with some kind of large desk. There appeared to be several holes in the door.