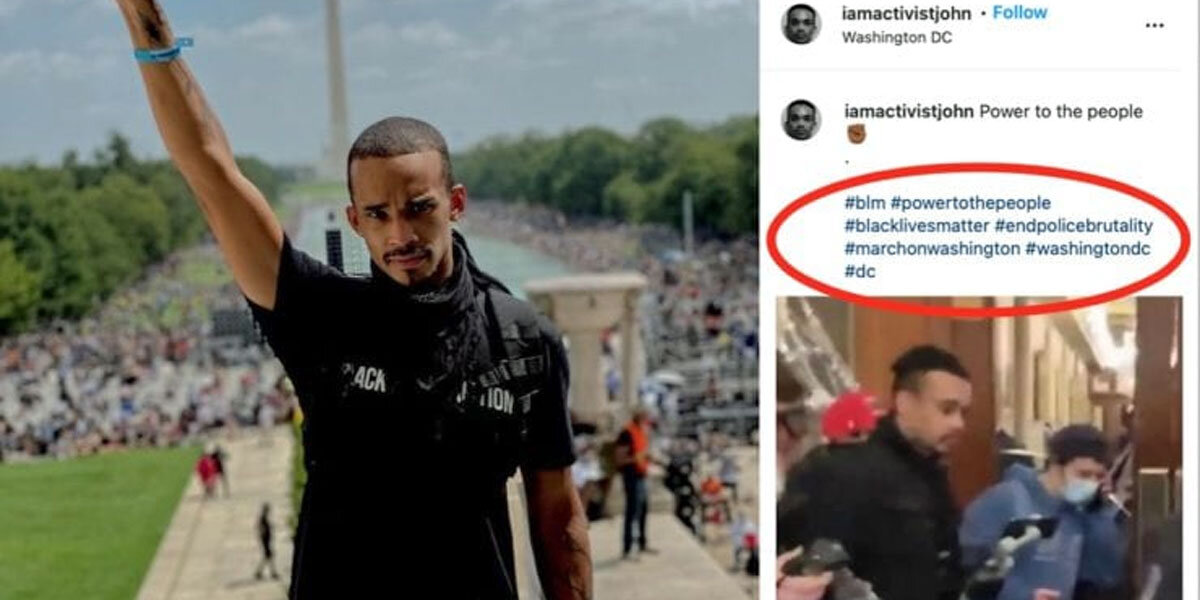 First, to state the obvious, there is no question that Trump-supporters criminally entered the Capitol and behaved abominably.  All who breached the inadequate protective perimeter must be prosecuted to the full measure of the law.  Throw the book at them!

But there are grounds for suspicion that provocateurs, anxious to discredit Trump, his supporters, conservatives, and those who question the integrity of the presidential vote may have been the point of the spear in violently attacking the Capitol.  Rowan Scarborough reports in the Washington Times:

Trump supporters say that antifa members disguised as one of them infiltrated the protesters who stormed the U.S. Capitol on Wednesday.

A retired military officer told The Washington Times that the firm XRVision used its software to do facial recognition of protesters and matched two Philadelphia antifa members to two men inside the Senate.

The source provided the photo match to The Times.

One has a tattoo that indicates he is a Stalinist sympathizer. antifa promotes anarchy through violence and wants the end of America in favor of a Stalinist-state. “No more USA at all” is a protest chant.

XRVision also has identified another man who, while not known to have antifa links, is someone who shows up at climate and Black Lives Matter protests in the West.

Video available on Twitter (for now) shows a crowd at one door the Capitol and Trump-supporters shouting “That’s Antifa!” and trying to stop a black-clad person with a helmet that says “Trump” on its back (suitable for news cameras) from breaking into the building