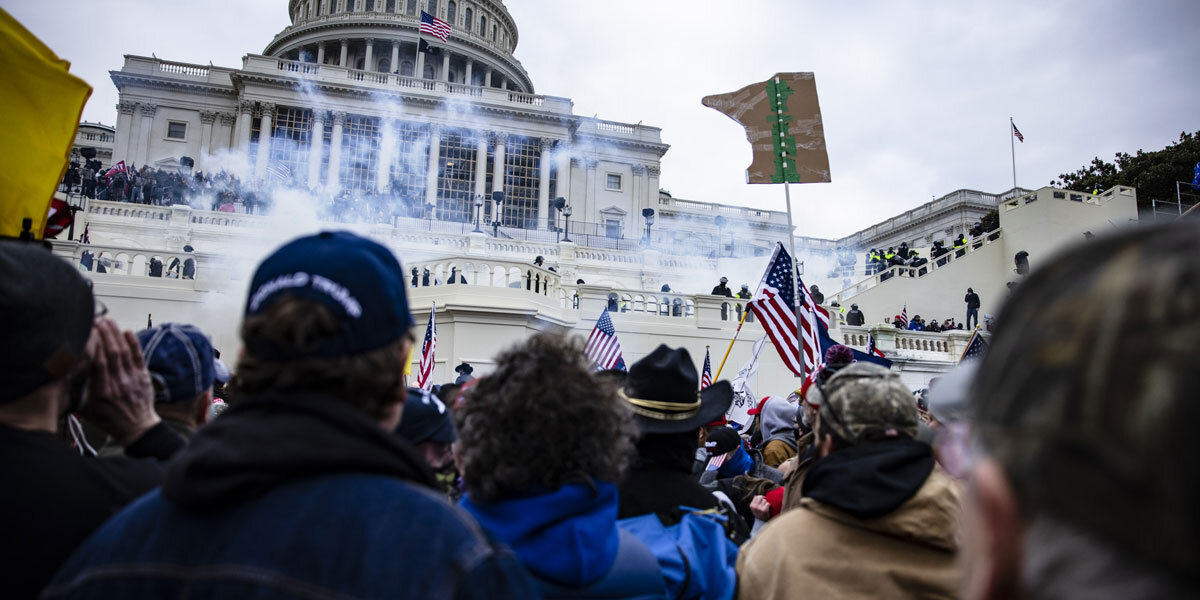 There was a small group that was on the front line during the storming of the US Capitol on Wednesday after traitor Mike Pence stabbed Trump and America in the back.

They asked not to use their names or identifying information because they are unsure whether federal authorities will pursue them, or if they will be harassed by left-wing doxxers.

They verified their stories with video and pictures of the event. I will quote their comments as “Adam,” “Bill,” “Charles,” and “Doug.”

Most importantly they all related that the crowd was completely non-violent and the police instigated the violence against the protesters before they even got on the Capitol grounds.

“We were on the sidewalk first, up against some metal barricades and bleachers, waiting for President Trump to come speak at the Capitol at 1 PM. Ten minutes before, thousands of people were on the street chanting “F*** you Nancy” and “Stop the Steal” on a megaphone and people were getting upset because we had just found out that Vice President Mike Pence had gone back on a previous statement indicating he would question the certification of electors. As the crowd found out that they had been betrayed yet again by the GOP establishment, lied to by someone as cowardly as Mike Pence, people’s anger was visible,” said Charles. “They unrolled a massive banner of vampire Nancy Pelosi and it charged up the crowd.”

“The streets were jam-packed, of everyday people: grandmas, children, families, lawyers, doctors, people from all walks of life. This was an American crowd,” said Bill.

They Were Hitting Old Men and Women

“These families moved to the interior barricades, it wasn’t aggressive, just peaceful. This is where the cops came in and used overwhelming force. We were on the line with the barricade and out come the metal batons and they started hitting Trump protesters as hard as they possibly could. They were hitting old men and old women, people who for some reason brought their families to the event. I couldn’t believe that there were young kids walking in this crowd, but the police were targeting the kids and hitting them with a baton across the head. It was vicious.” according to Charles.

“They were regular police at this point,” said Bill.