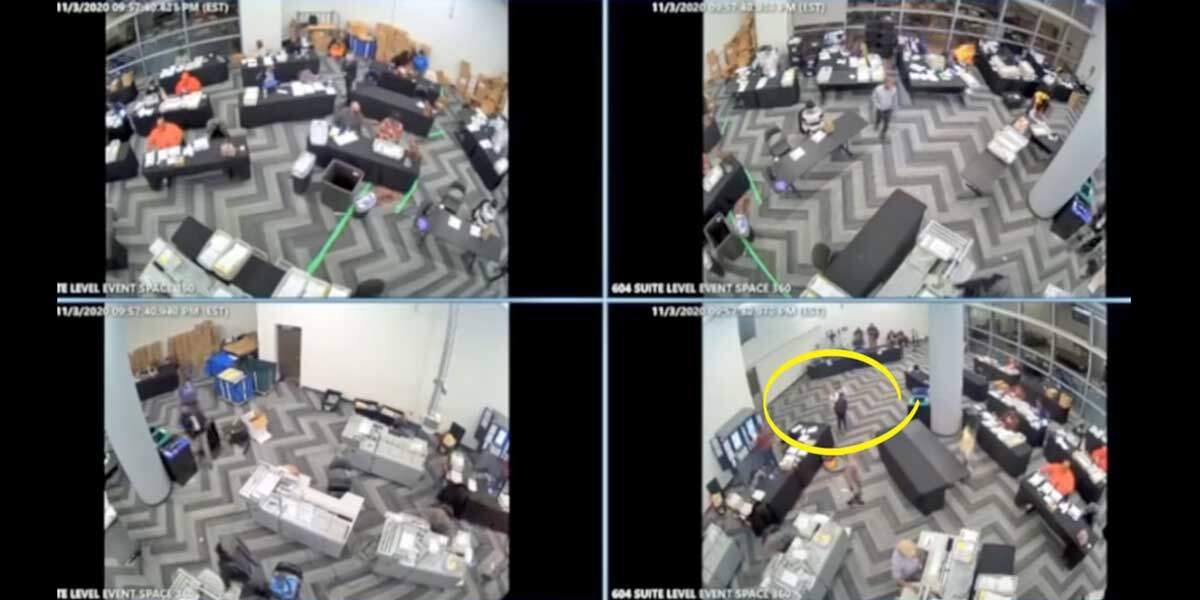 President Donald Trump’s legal team on Dec. 3 presented surveillance footage at a Georgia state legislature hearing that appears to show ballot-counting workers telling poll observers late at night on Election Day to leave before continuing to count and pulling out what appears to be boxes filled with ballots.

In the hearing on Dec. 3, Jacki Pick, a lawyer who is volunteering with the campaign’s legal case, said the team received video footage from State Farm Arena’s vote-tabulation center in Fulton County, Georgia. The team said that GOP poll watchers weren’t allowed to watch the counting process in the poll center.

According to Pick, an unusual occurrence took place later in the evening at around 10 p.m. local time: A woman—described as a blonde woman with braids—told workers to stop counting and notified everyone to go home.