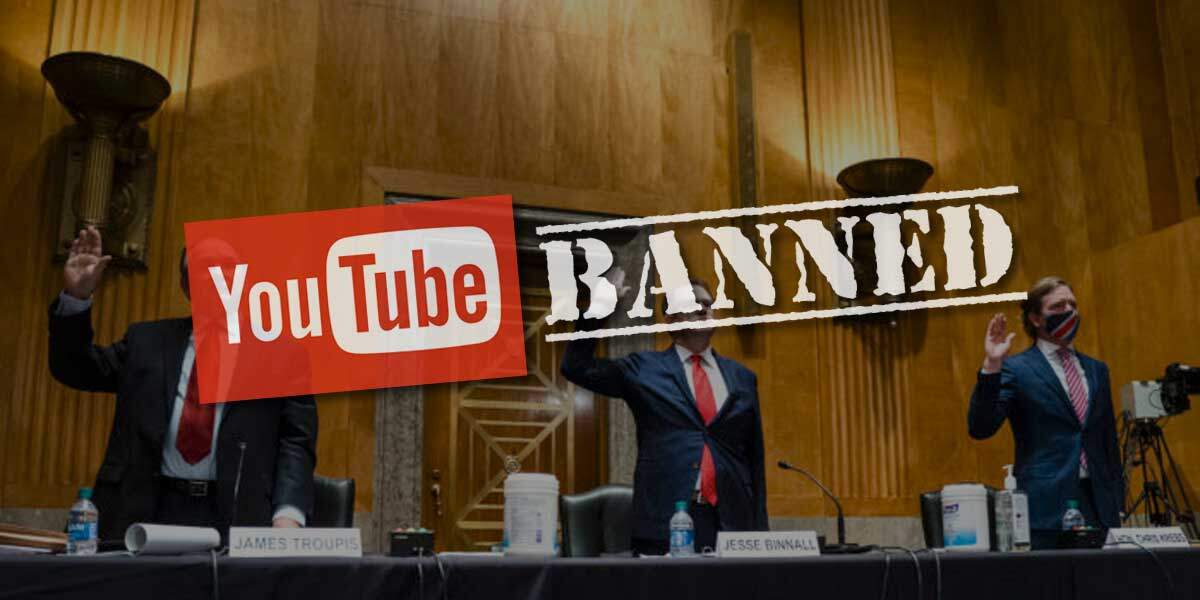 “YouTube has decided that my opening statement in the U.S. [Senate], given under oath and based upon hard evidence, is too dangerous for you to see; they removed it. To this day, ‘our evidence has never been refuted, only ignored.’ Why is Google so afraid of the truth? #BigBrother,” lawyer Jesse Binnall wrote on Twitter.