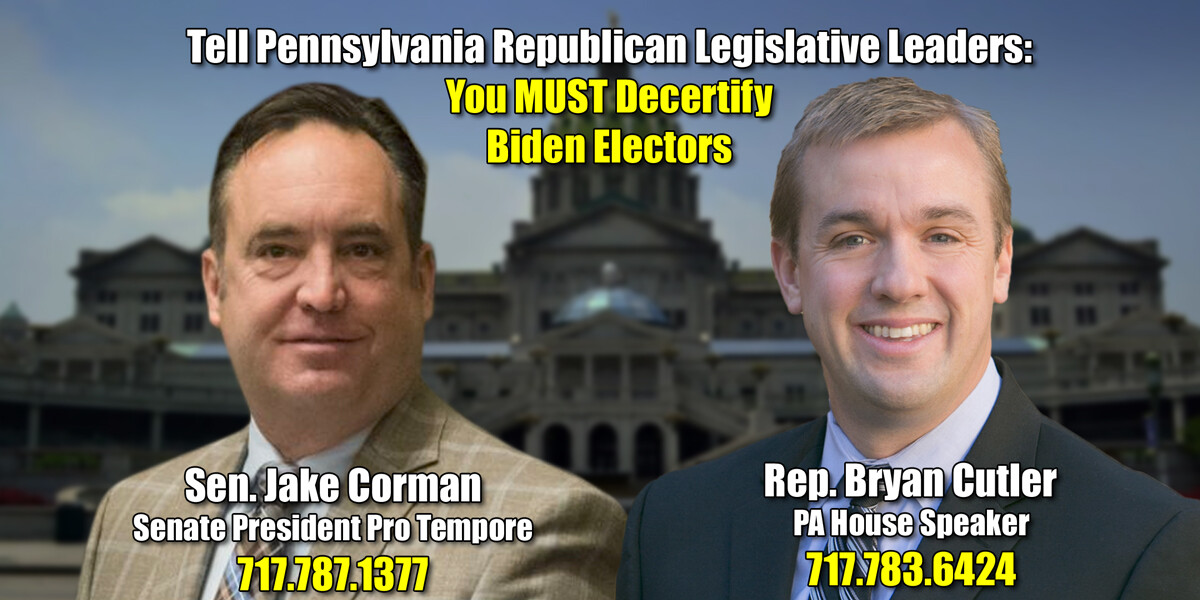 Steven Bannon interviews Sean Parnell on January 4, 2021. Parnell is a US Army veteran who ran for Pennsylvania’s 17th US House District. His opponent was Conor Lamb, who snuck into office during the 2018 midterms when the Democrat Party first started using Dominion Voting Systems machines in their trial run.

According to the fishy vote count, Parnell “lost” the 2020 race to Lamb by about 9,000 votes. Parnell called BS on this and filed a wickedly smart lawsuit against the State of Pennsylvania. Parnell’s case states that changes to Pennsylvania’s absentee voting laws was unconstitutional.

TAKE ACTION: Contact Republican Legislative Leaders in Pennsylvania and DEMAND they decertify the results of the 2020 election.