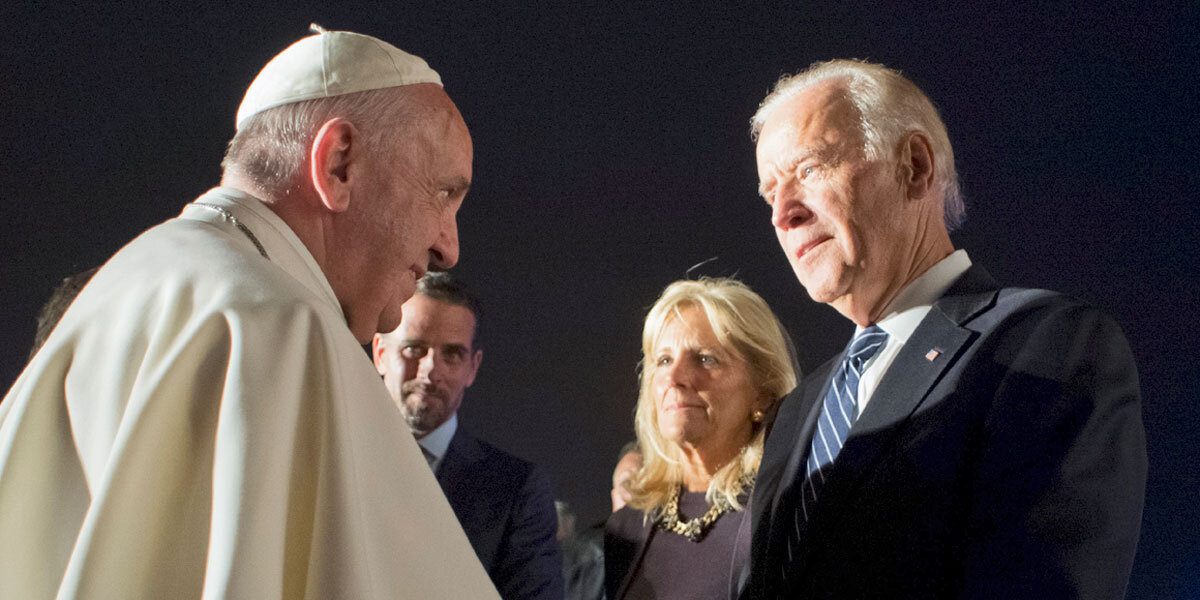 As the party of secularism, the Democrats pride themselves on keeping “religion out of politics.” But they don’t mind if liberal politics seeps into religion. Nor do they mind taking direction from politicized religious figures. Recall the pope’s visit to Congress during the Obama-Biden administration. The Democrats were all ears, as Pope Francis delivered an address touting their favorite left-wing causes, from open borders to climate-change activism.

John F. Kennedy had promised not to let a pope influence his politics. But today’s Catholic Democrats make no such vows. Indeed, Joe Biden has reversed JFK’s pledge, as he brags about his political alliance with Pope Francis. In the closing days before the election, Biden has been courting the Catholic vote by aligning himself with the pope’s political musings, quoting from his encyclicals, and playing up their friendship.