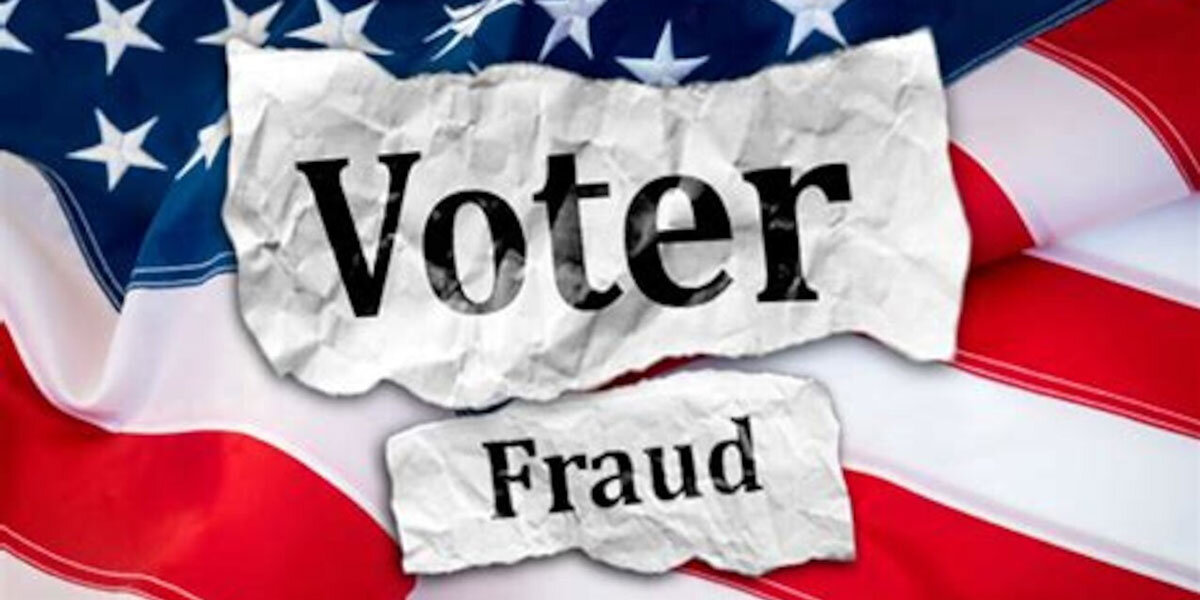 The following is an email update from Campaign for Working Families

I don’t know about you, but I’m getting more than a little frustrated with network commentators who keep asking, “Why do you assume the Democrats are cheating?”

My response is that the modern Democrat Party is built on the lie that an unborn baby is not a human being, so nothing is off the table.

Not every Democrat is pro-abortion.  But every voter who believes in abortion during all nine months of pregnancy votes Democrat.  That issue is the most important thing to Joe Biden’s party.

Why would anybody doubt that a party that believes it’s okay to kill an unborn child in the ninth month of pregnancy would have a problem cheating on Election Day?

If I were getting ready to hire a babysitter to watch my grandchildren and discovered that she supports late-term abortion, I wouldn’t hire her. I couldn’t trust her. And I cannot trust members of a party that worships at the altar of abortion to count votes unless people of good character are watching them.

The default position of every Republican should be that there is cheating in these big Democrat cities.  Shame on Chris Christie and Rick Santorum for criticizing the president and his team.

And some Republican politicians might want to think before they speak or tweet next time.  Everything they say is being spun by the media as a “rebuke” of the president.

There are multiple reports from all of the key states that appear highly suspicious.

For a better understanding of the legal issues at play, read this column by former federal prosecutor Andrew McCarthy.

On a positive note, an appellate court has ordered the city of Philadelphia to allow GOP representatives to observe the ballot counting process from a distance of six feet.

Transparency is a good thing, but Democrat officials are aggressively resisting it.  Is denying access and covering windows an indication that a fair count is taking place?  Of course not!

As you know, Fox News quickly called Arizona for Joe Biden on election night.  (See next item.)  That call was highly disputed by the Trump campaign and Republican officials in Arizona.

While Fox has defended the call, there are many others who disagree.  For example, the founder of the left-wing site Daily Kos tweeted yesterday, ” Arizona should not have been called. It’s not over.”

Well, here’s the latest: Maricopa County, which Trump carried by four points four years ago, released the results from 140,000 ballots and President Trump won 57% of them, taking a big bite out of Biden’s lead.  By some estimates, that’s exactly the margin he would need to overcome Biden once all remaining ballots are counted.

What’s Up With Fox?

Fox News rose to the top of the cable news industry by promising to be “fair and balanced.”  Conservatives and moderates flocked to the one network that wasn’t part of the left-wing echo chamber.  But I’m not so sure if Fox is “fair and balanced” anymore.

The best thing on Fox are shows like Sean Hannity, Tucker Carlson and Laura Ingraham.  I like Fox & Friends most of the time.  But much of their regular news is quickly becoming an echo chamber of the liberal news.

It’s not funny to hear Fox News hosts mocking polls from CNN, the Washington Post and other outlets, while failing to mention that their own polls were just as bad!

Throughout the entire campaign, conservatives were routinely demoralized by Fox News polls, and Fox hosts routinely pressed Trump campaign aides and Republican officials to justify their positions in view of Fox’s bogus polls.

For whatever reason, Fox News eagerly called Arizona for Biden much more quickly than they were willing to call Florida for Trump.  Talk about a gut punch to the conservative base!  And they have dug in their heels even as Biden’s lead is eroding.

Even now CNN does not have Arizona in Biden’s column.  And Nate Silver, the left’s favorite numbers cruncher, said, “I sure as heck don’t think [Arizona] should have been called by anyone, and I think the calls that were previously made should be retracted now.”

Fox’s camouflage is slowly slipping away.

Yesterday, I was somewhat encouraged by the initial Senate results.  But as the counting continues, it’s clear we can’t assume we have secured our majority in the Senate.

We thought we had a rising star 24 hours ago in John James.  But as more Democrat votes in Michigan were found, not only did the president fall behind, so did John James.

With losses in Arizona and Colorado, and only one pick-up in Alabama, the Senate majority currently stands at 52.

While Sen. Thom Tillis leads in North Carolina, the state will continue counting ballots well into next week.  His race may not be called for days, and who knows what ballots might suddenly turn up.

And as of this writing, Georgia Sen. David Perdue has fallen below or is close to falling below the 50% threshold to avoid a January 5th run-off election.  That means both of Georgia’s senators will be on the ballot again in a matter of weeks, and we won’t know which party controls the Senate until then.

If Joe Biden prevails in the presidential election, don’t be surprised if there’s another economic shutdown in January.  COVID cases hit a record yesterday, and Biden has already indicated that he is willing to shut down the country again.  And that would guarantee another massive stimulus bill, adding trillions to the national debt.