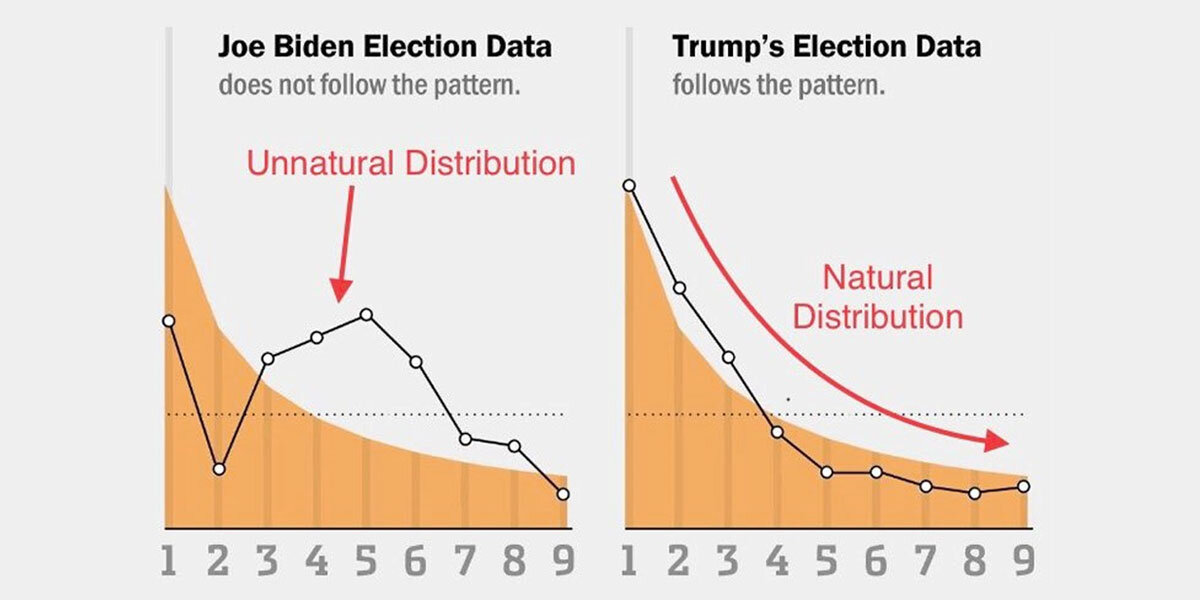 With the 2020 elections marred by legal challenges and fraud allegations, some have used statistical analysis to try to determine if foul play was involved. In several states, analyses of election data indeed show statistically odd phenomena in the tallies of votes for the Democratic candidate, former Vice President Joe Biden.

One of the most common arguments is that in some localities, vote counts for Biden violate Benford’s Law.

In simple terms, the law states that in many real-world data sets, such as demographic data, geographical data, or even sports statistics, the first digit of the numbers will more likely be 1 than 2, and 2 more likely than 3, etc. following logarithmic scale. If the first-digit distribution significantly diverges from this rule, it could be evidence of artificial manipulation of the data.

As the vote counting for the 2020 Presidential Election continues, various facts suggest rampant frauds in Joe Biden’s votes. So does mathematics in terms of the votes from precincts.

Benford’s law or the first-digit law, is used to check if a set of numbers are naturally occurring or manually fabricated. It has been applied to detect the voting frauds in Iranian 2009 election and various other applications including forensic investigations.