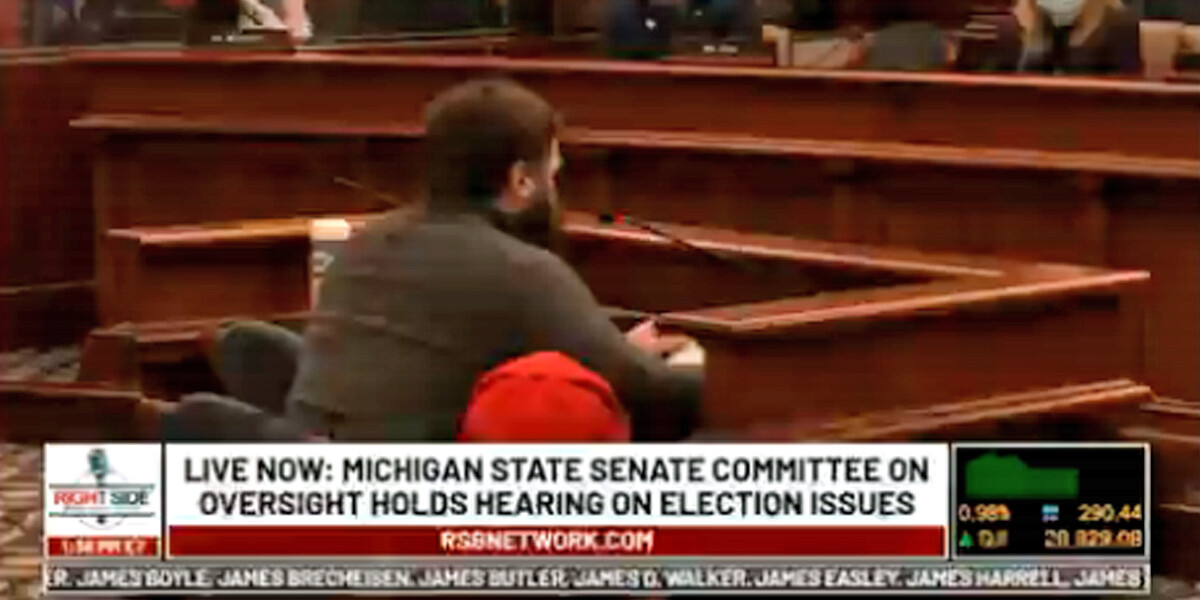 Michigan Witness: I was there at approximately 3:00 to 3:30 AM. And I saw the huge dump of ballots that were delivered to the counting hall. I noticed that the city of Detroit Clerk’s Office it was their emblem on the white van that showed up with the ballots. Janice Winfrey‘s name was on there and a number presumably for Janet Winfrey’s office. I estimated that it was over 50 boxes that I counted. And I estimated that over a thousand ballots could have fitted in each of the large boxes. There was no chain of custody. There was no accountability. There was no transparency. Nobody knew where these ballots had been.