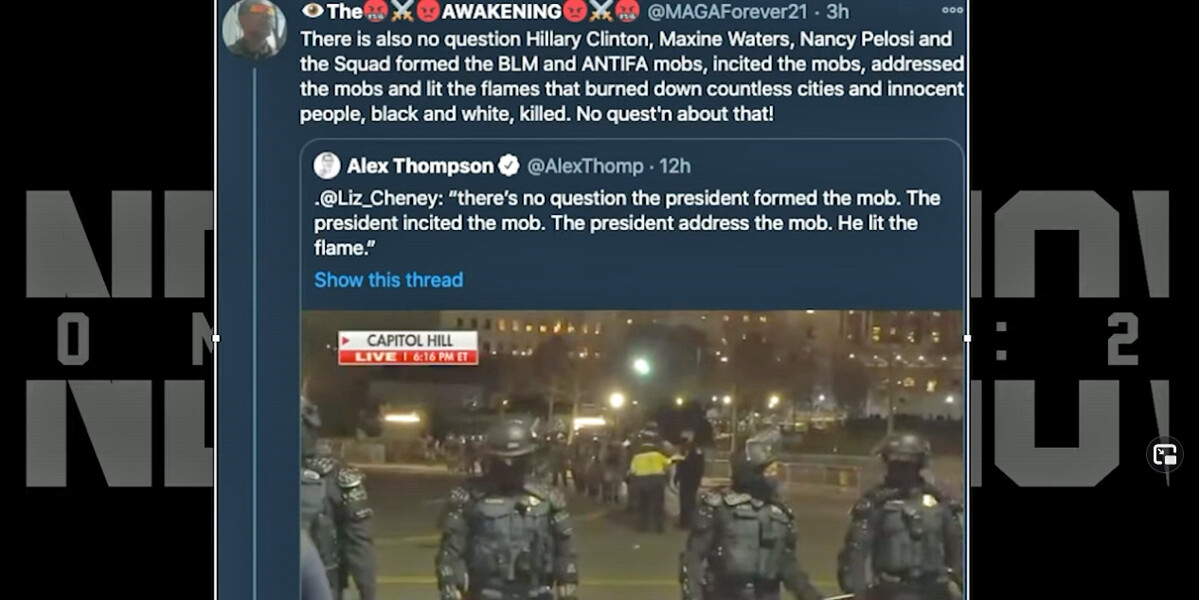 President Trump spoke at length detailing how the election was stolen in key swing states—and it was stolen. Then he encouraged the crowd to walk to the Capitol in a peaceful demonstration of their displeasure with what was arguably the most corrupt election in American history.

It goes without saying that the President did not call for violence. You can watch the speech for yourself. The president has never, in all of the hundreds of rallies that he has held, incited his rallygoers in that way. The atmosphere at the rallies is more along the lines of a kind of family reunion for forgotten Americans. Those of us who support him are happy warriors for truth, bearing zero resemblance to those on the Left.

That fact did not, of course, stop the media talking heads and the politicians from falsely blaming Trump and his supporters for what happened then.